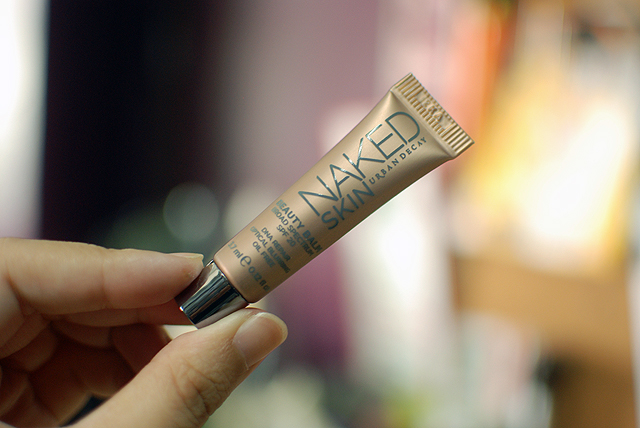 It’s been a while since I did one of these! Basically, Sample Stash Sunday is a section in my blog dedicated to me using up my samples. I have been lazy on the sample front, however, I have been trying a few products here and there, so I am ready to begin posting entries belonging to this series again.

Here’s a good one, though one that’s been covered by a lot of people already: the Urban Decay Naked Skin Beauty Balm. I got a deluxe sample in my last UD order.

Now, for some reason, I kind of expected a “mini” size. I don’t know why that is, but I did not expect to be holding a peanut. It is 3.7ml.

On the tube, it claims to have/do:

OKAY. So, basically, I don’t know what to say about it because I really don’t feel like it did anything favorable to my skin, aside from providing SPF. There was little to no pigmentation, which I guess is a good thing, because it only comes in one shade), but it also offers pretty much no coverage, so if you are accustomed to more veiling products, this is not a good thing to pick up. 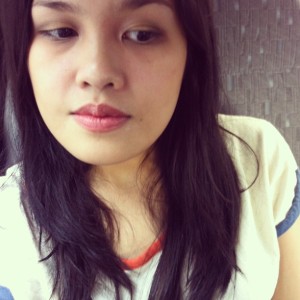 For light days, I suppose this is a good alternative to foundation or heavier tinted moisturizers… if you don’t have that many spots to cover. If you have pretty clear skin, save for some blemishes that are easily covered up with concealer, this is an OK product to have, just for its SPF (which isn’t even that high).

I don’t really know what else to say about this product. I have found a product that literally does not do anything and it kind of wigs me out because I can’t imagine paying for something that does nothing visibly tangible to my face. Unless I was maybe looking for expensive sunblock? Or mystical balls otherwise known as Guerlain Météorites? I’ve only used this once, though… so I guess this is something like a first impressions? I don’t see the point of testing for wear and longevity if I barely see it on my face.

See, that’s where it’s a bit confusing… because, what does it do? I know it’s not supposed to be a foundation, but is it a competent “beauty balm” or “BB Cream”? I don’t really think that it is. I liked it on my face when I wore it because it’s not fussy, but the reason why it’s not fussy is because I didn’t feel like there was anything there.

I think it works decently on the blurring front, so if you’re looking to blur out your face, then you might want this. I think it’s more a “gaussian blur” than a “motion blur” effect, though, so don’t expect mountainous pimples to be blurred out by the Urban Decay Naked Skin Beauty Balm. It’s not a miracle product, people!

Anyway, I’ll maybe post an update if anything changes as I’ll be bringing this to Japan to use up. But for me, this was and is a big question mark, if only because I need to shell out $34 to blur out my face and I can easily do that with Photoshop.

JK, I don’t Photoshop my face (just colors, for accuracy), but you know what I mean.