A quick look based on Takashi Murakami’s 727, which features DOB as the main character of the piece. I’ve been intending to do this look for a while, but just never got around to it. Takashi Murakami is a Japanese artist who’s known for blurring the lines between “high” and “low” art, that is, fine and commercial art. He has exhibited in international venues (I saw this piece in a retrospective/special exhibit by the Brooklyn Museum many, many years ago) and is involved with many commercial projects such as special edition Louis Vuittons.

Yay, a new Made-Up History—finally!—and one for Wes Anderson Week. This painting played a prominent role in his recent feature, The Grand Budapest Hotel. Called “Boy with Apple,” this painting was credited in the film as being created by Johannes van Hotyl the Younger, but it’s actually a fictional painting made specifically for the film by present-day artist, Michael Taylor. (Read more here.) Not to give too much away, this painting (modeled by Ed Munro) kind of pushes the story along its trajectory after everything is set into motion. Anyway, this was the first thing I thought of to do when I thought of doing Wes Anderson Week!

“White on White” is one of those works of art that I like whipping out to show people who just don’t get modern art. “Well, I could make that!” they decry, in a bubble of incredulity. The question is, did you? Russian artist Kasimir/Kazimir Malevich founded a movement called Suprematism around 1913. It focused on the rejection of the depiction of objects, opting for “the supremacy of pure artistic feeling.” This work is one of the most famous from the movement, as is another one of Malevich’s work, “Black Square.” Suprematism has been briefly, though wonderfully discussed on this Tumblr post by WTF Art History. Under the caption of “White on White,” WTF Art History writes, “A non-figural work, the White on White painting demands extended viewing in order to grasp the contrast between the white hues, the imprecise delineation of the inner square, and the effect such a painting has on you the viewer. Your response to the painting is what Malevich considered “the supremacy of pure feeling or perception in the pictorial arts.”

For Harry Potter week, I thought I’d do a Made-Up History of an actual work of art I glimpsed in The Half-Blood Prince. This is a tapestry called “The Unicorn in Captivity,” and is the seventh in a series called The Hunt of the Unicorn or Unicorn Tapestries. I’m not sure where I first found out about this work—probably in a documentary I saw about restoration—but it was a great Easter egg for me when I saw it in that Room of Requirement scene in HBP: The artist of this series of tapestries is unknown, though it is widely believed to have been commissioned by Anne of Brittany, who became Queen of France twice. 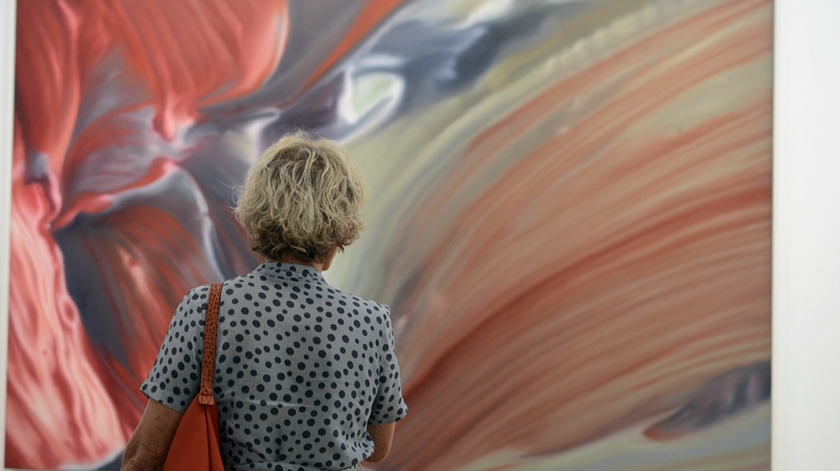 Yay a new Made-Up History! When I made this series, I set out to do it once a week. Kinda funny (not really) how it all played out, but I am going to try to play a little bit more with this series since I’ve been kind of meh about makeup combinations lately. One of the reasons why I haven’t been doing this is because I haven’t found a really nice work that I felt compelled to use for Made-Up History. If you’re new, MUH is a series in which I kind of re-create an artist’s piece as a makeup look by distilling the elements. It’s not really cosmetic art (like how some people re-do Van Gogh’s work on their face), but just translating a work into a look that I may or may not wear everyday. I have done a few of those, which you can see here. Today, we’ll take on a work by Gerhard Richter, who is one of the most famous living artists (82 years old!) today. Richter, who hails from … 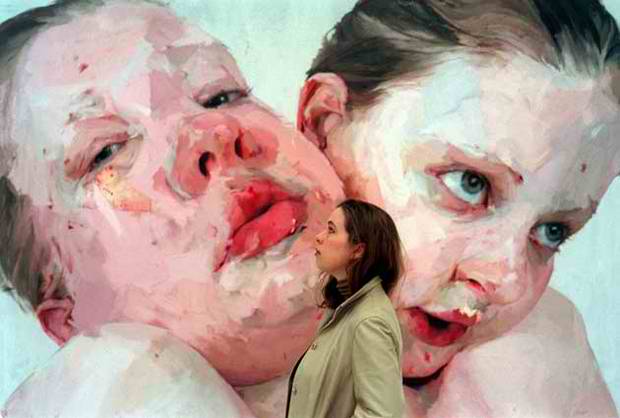 (source) This is the first Made-Up History post in a while, huh? For the new people here who have no idea what I’m talking about, Made-Up History is a series I have been working on for a year or so where I take a piece of art that I am in deep like with and talk about it while kind of recreating what it feels like on my face. It’s not an art project where I duplicate it on my face, but I kind of distill it into a look that represents the work, or at least how I perceive it. For this edition of Made- Up History, I have Jenny Saville’s “Hyphen,” which was completed in 1999. Jenny Saville is one of my favorite artists, though I’m sure her work unnerves a lot of people. I have picked a rather tame work—a portrait of herself and her sister—but she is known for depicting a lot of graphic themes in her work. I was a little wary of picking her for this because a) she …

Chuck Close is my freaking hero. If you haven’t heard of him, here is an example of his work: Mark (1978 – 1979) (source) His work is often recognized by his hyper-realist style, by the delicate manner in which he handles the supremely focused photographs of faces. To add to the effect of grandiosity, these paintings are often rendered on an extremely large canvas with all the details zoomed in and exposed to be observed by the viewer. Frank (1969) (source) A funny thing I learned today is that Chuck Close is “face blind.” He is afflicted with a condition called Prosopagnosia, which literally means that he has trouble remembering faces. He could have dinner with you tonight and forget your face the next day. Most of the portraits he has done (and he has done many, in many different ways) are of his friends and family, though this was not a deliberate decision brought about by his Prosopagnosia. Big Self-Portrait (1967 – 1968) (source) This is one of Close’s most recognizable and celebrated works. …