I thought I’d go crazy over the eyeshadows at Stylenanda’s 3CE, but I ended up just getting two matte eyeshadows and one cream eyeshadow. I was looking at a shu uemura-style horizontal palette, but resisted the very, very strong urge to pick up yet another neutral palette.

The two matte eyeshadow shades I picked up were Salmon Pink, a matte… salmon pink, and Tom Boy, a very dirty olive. Both are so gorgeous, despite looking quite boring. I think they would be perfect for understated editorial looks–much like the campaign materials of 3CE feat. Park Sora. I resisted the cream shadow selection, too, and only got a warm medium bronzey brown called Glamorous. It reminds me a lot of my favorite eyeshadow, shu uemura’s ME medium brown 885, only it’s a lot less red.

I noticed that mattes apply really well over a primer that’s not wet or too sticky, and if you pat them on instead of blending or using a brush. If I overblend the color away, I just pat some more on with my finger. This, I found, is the easiest way for me to retain the color of the shadow without too much effort. 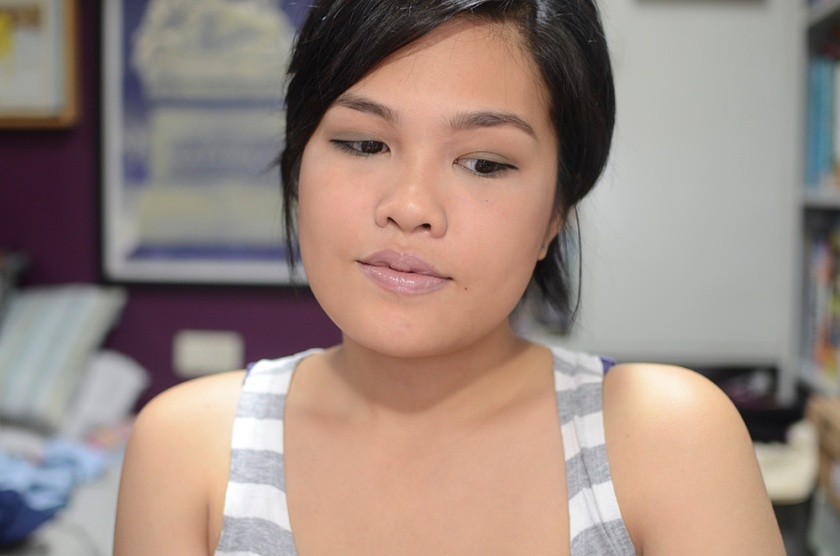 I really, really, really love the quality of 3CE. It’s a little on the pricier side, especially when it comes to Korean cosmetics, but the range really is so thoughtful in terms of colors, finishes, etc. as well as the quality and identity/branding.

One thing that pisses me off, though: 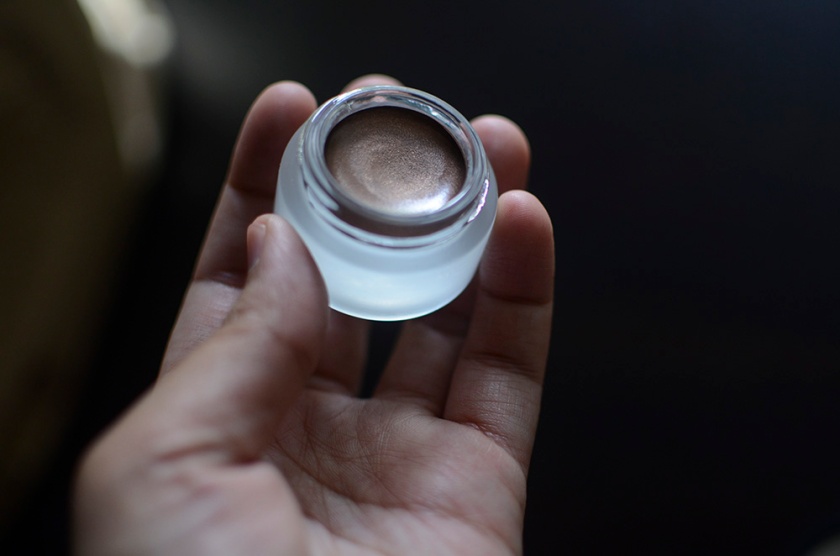 This pot of the 3CE Cream Eyeshadow, though sealed, looked like this when it was brand new! I obviously sanitized it before using, but I can’t get over the ick factor as quickly as I’d like. I can’t return it… because I have been back in Manila and didn’t use it in Korea. So… so, so gross. Just thought I’d share.

Have you guys tried 3CE? Do you have a favorite product of theirs?