A quick look based on Takashi Murakami’s 727, which features DOB as the main character of the piece. I’ve been intending to do this look for a while, but just never got around to it. Takashi Murakami is a Japanese artist who’s known for blurring the lines between “high” and “low” art, that is, fine and commercial art. He has exhibited in international venues (I saw this piece in a retrospective/special exhibit by the Brooklyn Museum many, many years ago) and is involved with many commercial projects such as special edition Louis Vuittons.

I’m not too fond of some of his work; this is probably my favorite piece, though I do enjoy his smiling flowers and mushrooms. 🙂 I think 727 references Hokusai’s The Great Wave Off Kanagawa, which is a lovely piece in itself—perhaps a later subject of Made-Up History! He coined the term “superflat,” which he has used to describe his aesthetic. It is perhaps applicable to how he has put the high and low art on the same plane.

I basically concentrated on the blues and pinks. Adding the red seemed to be a little too much for this look, and I’m honestly pretty happy with how it turned out.

Pink shadow is 3CE’s Salmon Pink, while the blues are a mix of Midnight and Woad off of the Calypso palette by MAKE. I used Great Lakes as a crease color, and Bentonite Clay (both also from Calypso) as the inner half highlight on my lower lash line. 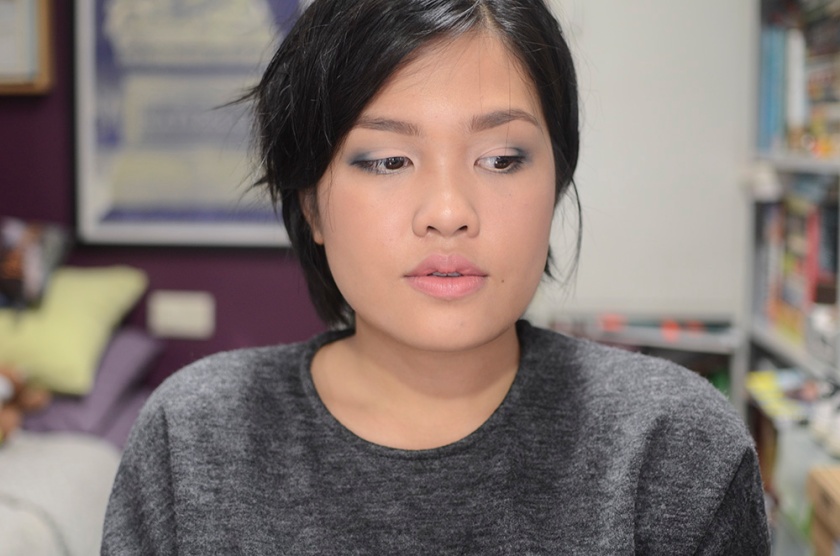 Anyway, that’s it! Apologies for a brief one for today, though I hope it was still enjoyable on some level. 🙂