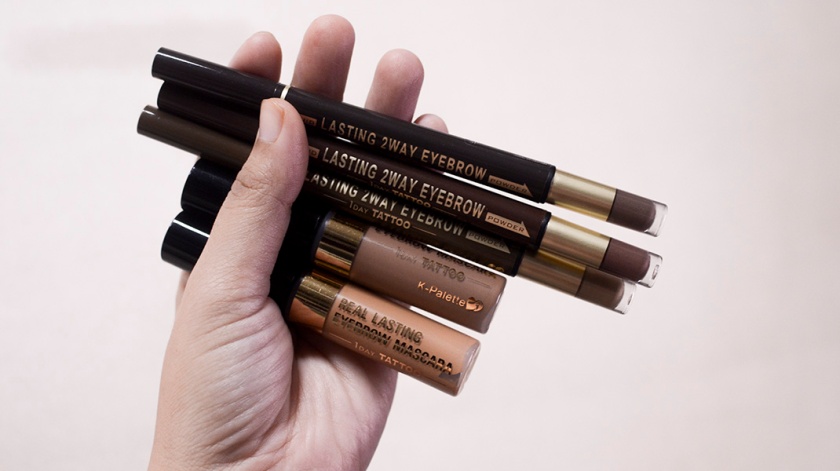 I’ve been using the K-Palette brow marker since December 2012. I was exclusively using The Body Shop’s Brow & Liner Kit and wanted a change. It was an impulse buy, but one that stuck with me for a long time. Still, in that amount of time, I’ve only expanded to another shade of their 24H Real Lasting Eyebrow and did not venture out to other products in their eyebrow range.

Some time last week, I received a few shades of two other brow products by K-Palette, the 24H Real Lasting Two Way Eyebrow Liner* and the 1 Day Tattoo Eyebrow Mascara*, and I’ve been using both alternately every day since getting them. 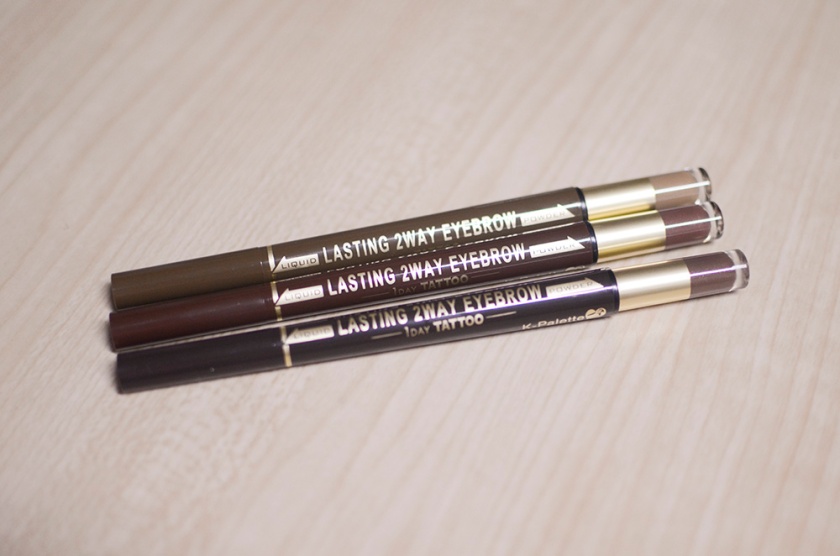 The 24H Real Lasting Two Way Eyebrow Liner* is pretty close to my usual eyebrow routine. Usually, I draw over my natural eyebrow shape with the K-Palette eyebrow markers then run through them with a brow powder and an angled brush. In this unique contraption, there is a marker on one end, and a vial of brow powder and a sponge-tip applicator on the other end.

This particular product promises a few things: a) no over-darkened brows, b) a long-lasting, water-resistant formula that “stays the whole day, less retouches!”, c) a 3D eyebrow look, d) ease of use with translucent color that makes it suitable for beginners, and e) ease of removal using just soap and water. I can attest to all of them, but I’m not sure what K-Palette meant by a “3D Eyebrow Look,” though I do tend to add a brow powder over the marker when I want fuller, more “real-looking” brows.

G101 Grayish Brown is what I reach for the most since it’s the darkest and not as warm as 101 Light Brown and 102 Natural Brown. I can get away with the other colors, too, though, especially if I want a softer, lighter look. Generally, though, to match my natural hair color and just because it’s a bit darker, I go with G101. Here’s another look at G101 on my brows: 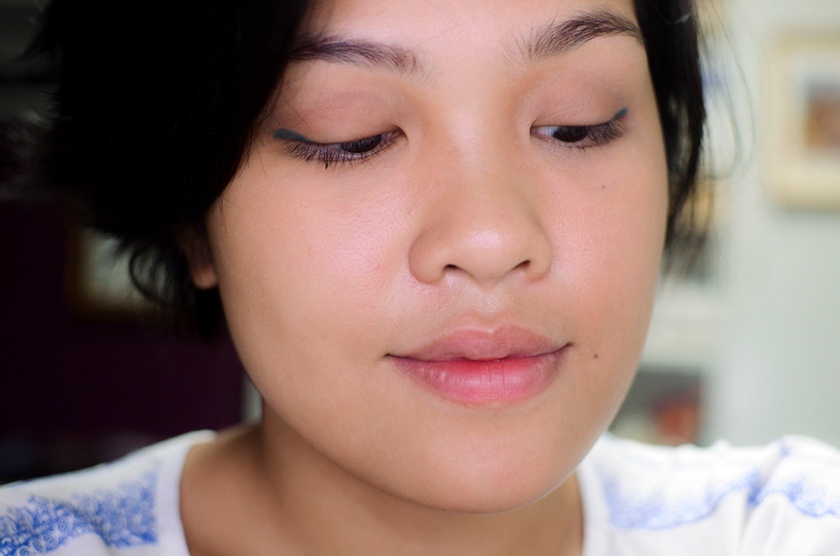 I used 102 Natural Brown here and didn’t get a lot of pigmentation, primarily because my brows are much darker:

As you can see, it gives a slightly warmer look, but the difference is nothing really very obvious. The effect is really natural. I’ve used these on someone with sparse brows and the effect is quite subtle. It’s perfect for beginners because it’s hard to overdraw brows with these, unless you actually try to. There is a bit of shimmer in the powders, but I think that’s part of their “3D” brow system. 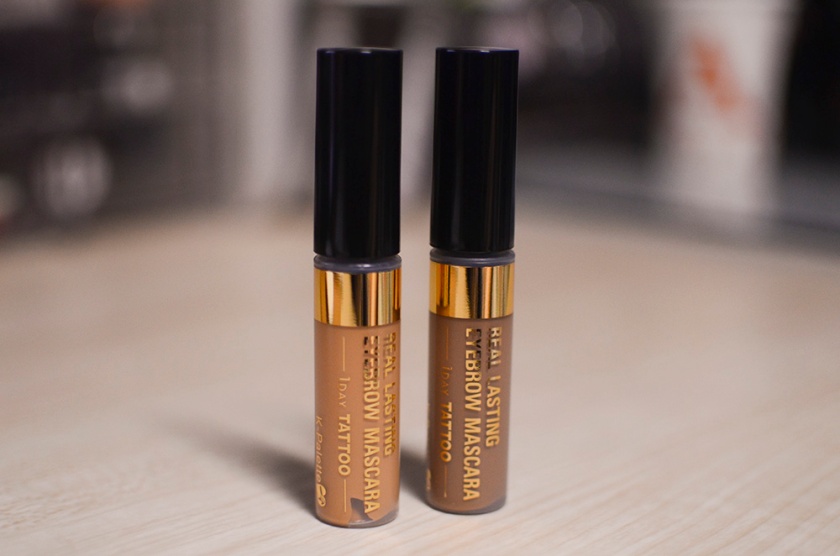 I also received the 1 Day Tattoo Eyebrow Mascara* in two shades: 101 Light Brown and 102 Natural Brown, both of which are lighter than I’d normally go, but both of which I like very much. This eyebrow mascara is used for “beautiful soft looking eyebrows with unique brush applicator.” 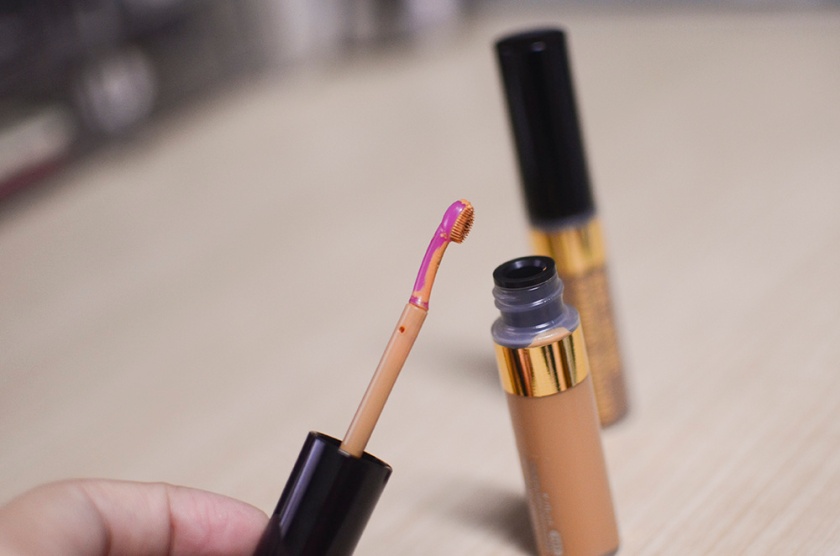 Like the Two Way Eyebrow Liner, the Eyebrow Mascara has quite a number of claims: a) waterproof & long lasting, b) ease of removal using just soap and water, c) good coloring that matches the color of your eyebrows and hair color for softer-looking eyebrows, d) infused with beauty essences (i.e. beeswax, carnuba wax, swertia japonica extract) that takes care of the skin around your eyebrows, and e) a unique brush applicator that doesn’t touch the base of the skin, just the hairs, when applied on eyebrows.

There is a bit of a learning curve with this product, but it does give a much softer effect than the other eyebrow system. They also give you instructions on how to apply this best. I ignored the instructions and found it tedious. When I followed the steps (go from outer to inner eyebrows, against the growth, then apply a new layer from inner to outer brow), the effect was beautiful and soft. 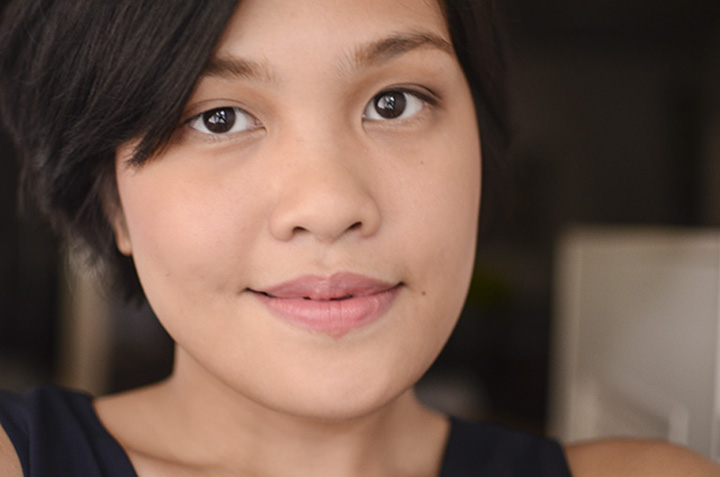 The mess that this looks like on film/on camera is embarrassing, but I promise I wore this out and it’s not nearly as obviously smeary and drawn on like it appears here, haha.

I found this much easier to use than the Maybelline Fashion Brow Coloring Mascara* primarily because of the wand shape and size, but there is a bit of a learning curve as well. If you’re not so used to applying brow mascara, it might be a bit messy, as you can probably tell from the photo up there, and difficult to maneuver. I also found their claim of the product not sticking to the skin to be untrue.

I think these do a better job at tinting your brows than both the Maybelline brow mascaras and the K-Palette markers, though. You just have to be careful and precise. This isn’t something I’d recommend for someone who’s on-the-go or new to eyebrow mascaras, but if you’ve got time to spend on perfecting your brows, then this is worth a shot. 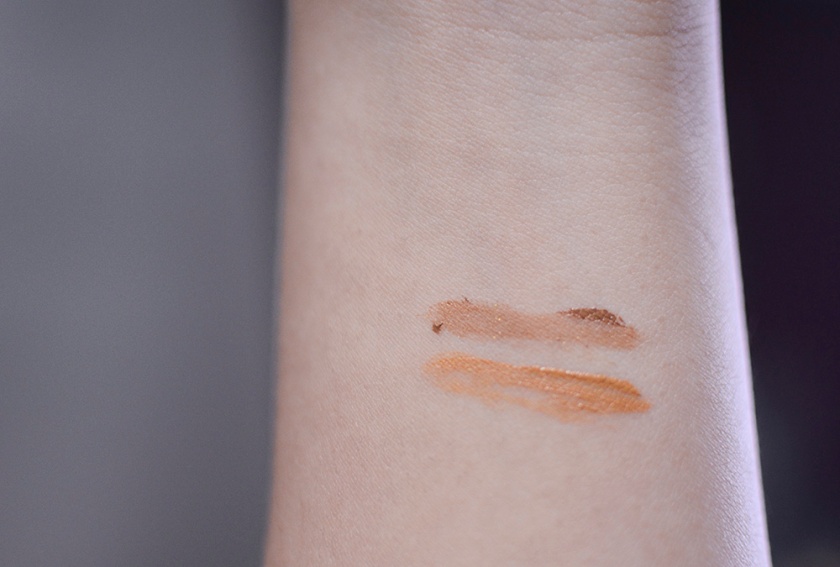 Anyway, I’m a lot more partial to using the 2-Way Eyebrow Liner than the Mascaras, but that’s because they are much lighter than my hair and my brows. I think they’re great and subtle if you need to tint your brows a lighter color to match your hair dye, for example. I still like using them for a softer look, though I guess you have to kind of practice a bit and make sure you clean up any messes after application.