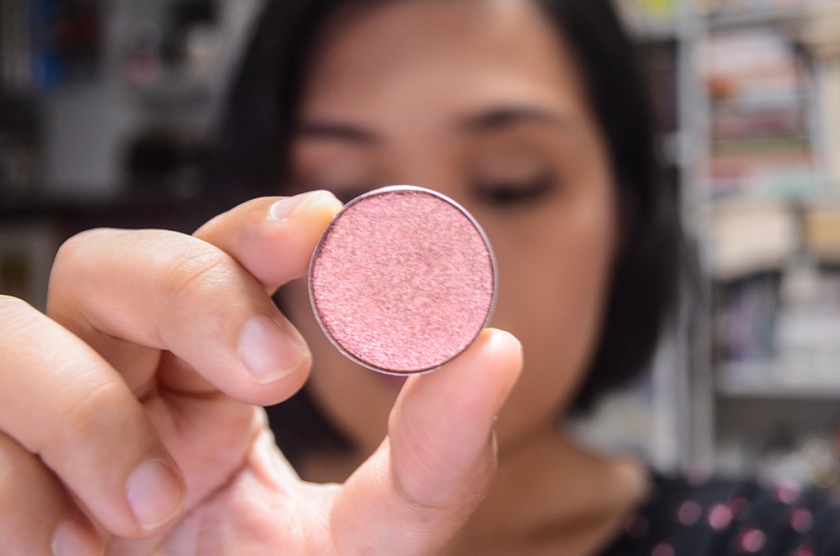 Ever since I posted my first Lazy Girl Makeup post, I’ve been wanting to make a new one. Alas, I had been too lazy to actually make the posts. Here’s a pretty easy Day to Night look that centers on only three MAC eyeshadows: All That Glitters, Sketch, and Mythology. 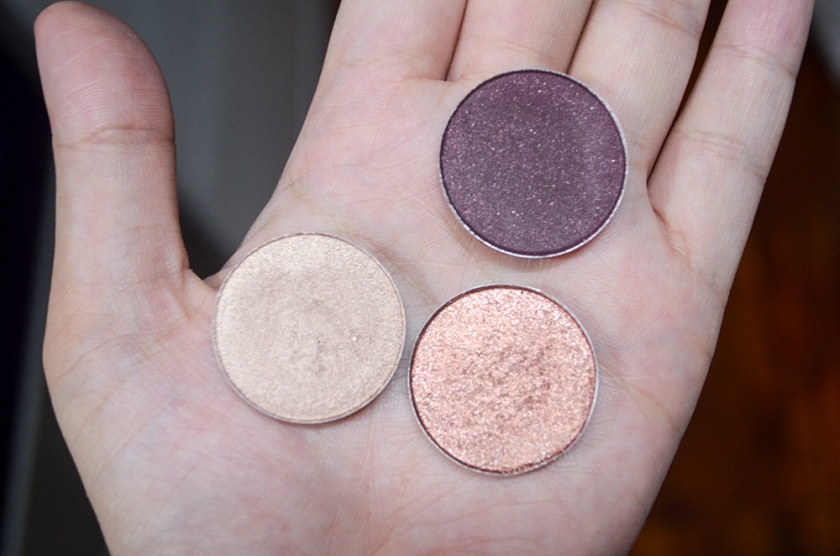 I actually used one more—Smut—but only as a really subtle wing for the Day Look. Speaking of which, here’s the Day Look: 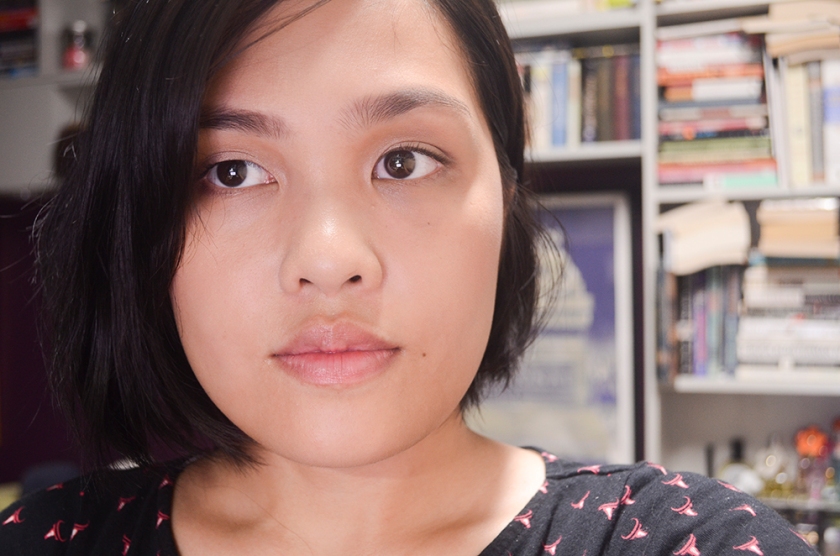 I’ve got All That Glitters all over the lid with a bit of Sketch lightly buffed into the outer corner of the lid and the outer 1/4 of the lower lash line. Like i said, I used Smut on the upper lash line for a little definition.

I had a completely different thing I had in mind for a Day to Night look, but I saw this look by Karima of Shameless Fripperies where she relied on a variance in texture instead of shade to transform a look.

So, I picked a MAC Lustre Eyeshadow called Mythology for my Night Look:

This photograph is really blurry, sorry about that! I used Mythology with MAC Fix+ on my brush, dabbed on the center of the lid and on the lower lash line. Then I just deepened Sketch on the outer corner of the upper and lower lids, blown up a little bit more. 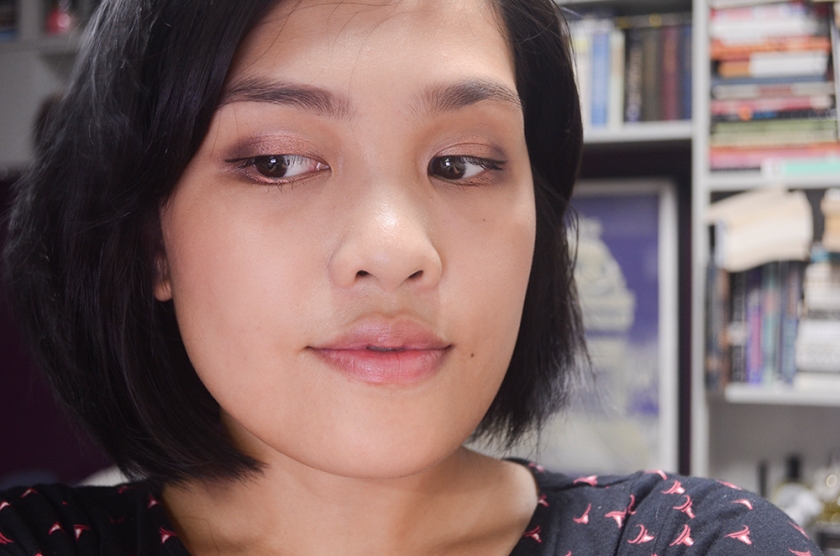 I just added a liquid liner by KATE and added more mascara on my top lashes and then a layer on my bottom lashes. I did nothing else. Because lazy.

I think this is a great new way to change up a look for a night time affair. I would probably have reapplied my lipstick, too! But, lazy.

I hope this gave you a great idea of what you can do to change a look from day to night. 🙂