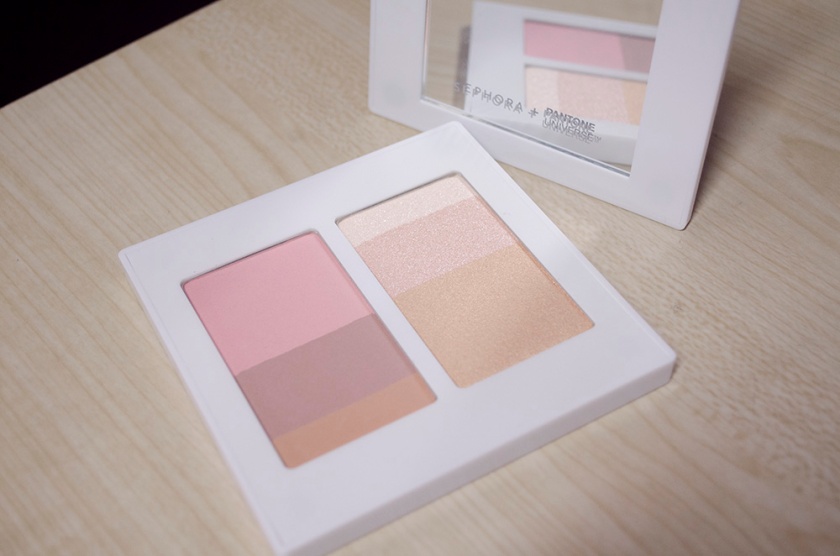 The Sephora + Pantone Universe Alchemy of Color Face Palette was gifted to me by Klarisse (along with super cute book plates) a long time ago, and I had just gotten a hold of it a few months ago because of scheduling conflicts. This was released back in 2012 (Tangerine Tango was the color of the year)… so, you know, I doubt you can still get this at Sephora. Still, I wanted to share this thoughtful gift, so here we go! 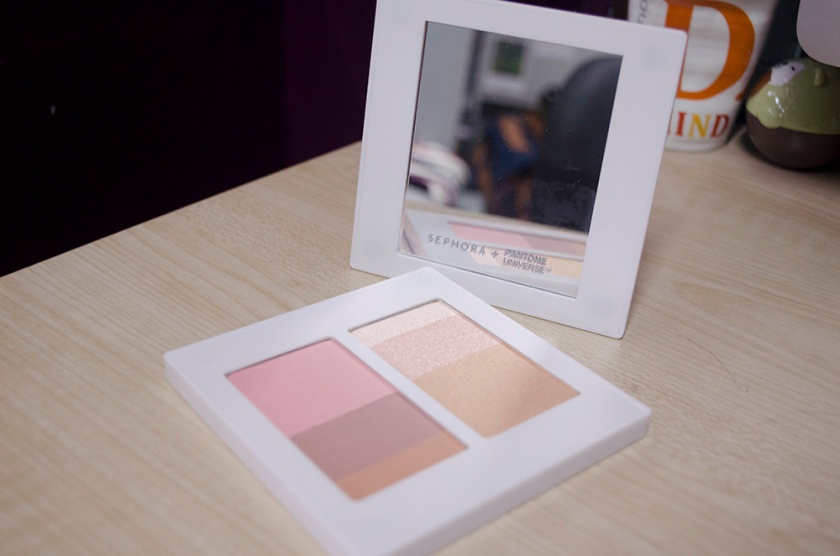 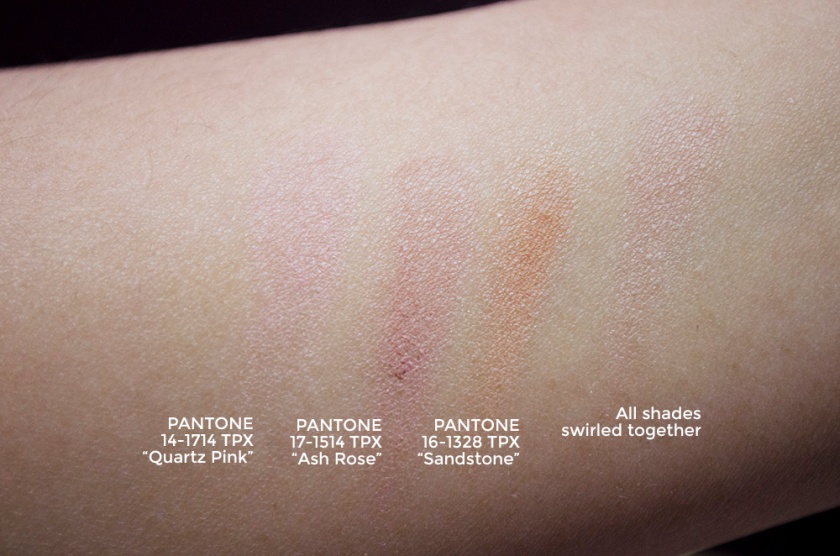 The blush/bronzer side is made up of a blush in Pantone 14-1714 TPX or Quartz Pink (the biggest pan), a deeper dusty pink bronzer/blush in Pantone 17-1514 TPX or Ash Rose (the medium pan), and a strip of a warm brown in Pantone 16-1328 TPX or Sandstone. The shades are all shimmer-free, and would probably suit pale to medium skin tones. 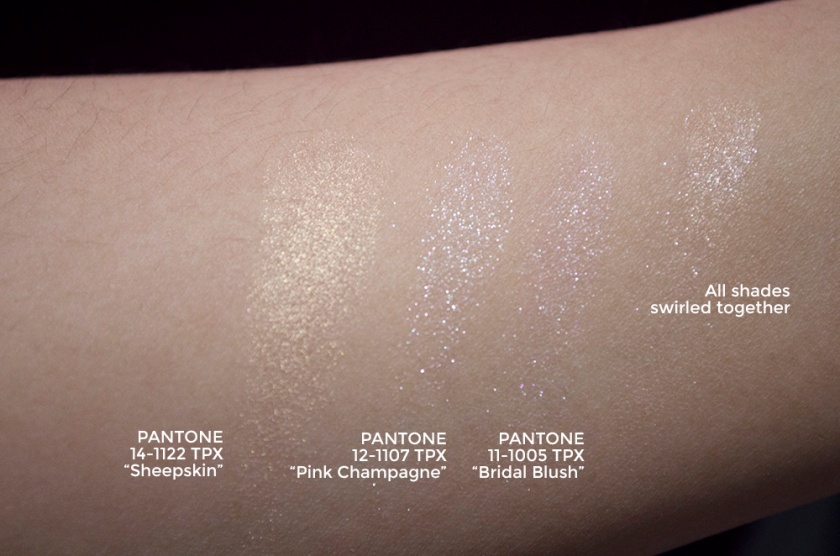 The highlighter side has Pantone 14-1122 TPX or Sheepskin taking up the largest pan. It has a pretty sheen to it, no shimmer. The next, slightly smaller pan is Pantone 12-1107 TPX or Pink Champagne and the strip next to it is Pantone 11-1005 TPX or Bridal Blush, which actually translates as more of a pink in the swatches. These last two shades are super shimmery, which makes me apprehensive about using them as a highlighter. The first golden shade was used as an eyeshadow in the Chiseled Bronze video. 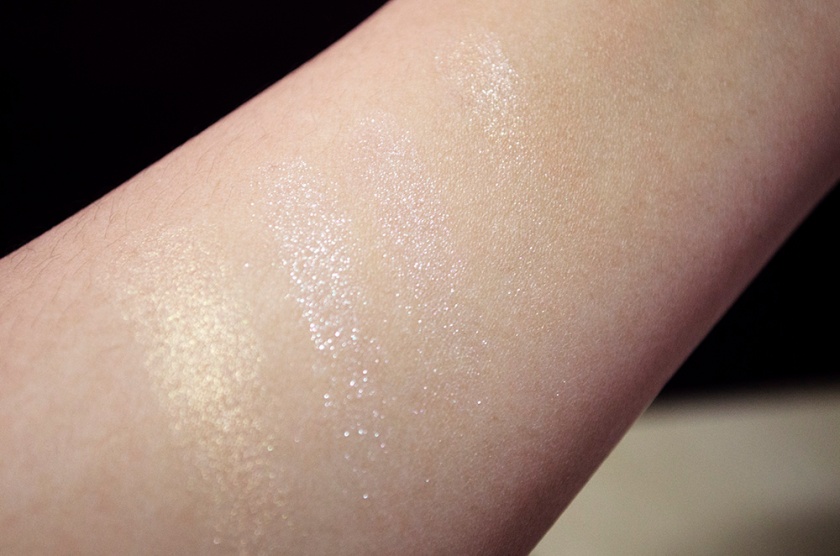 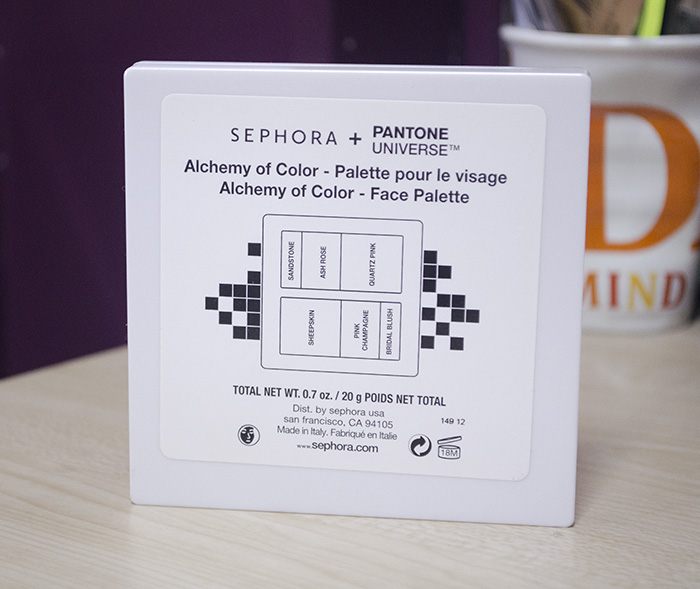 And this is what it looks like on my face: 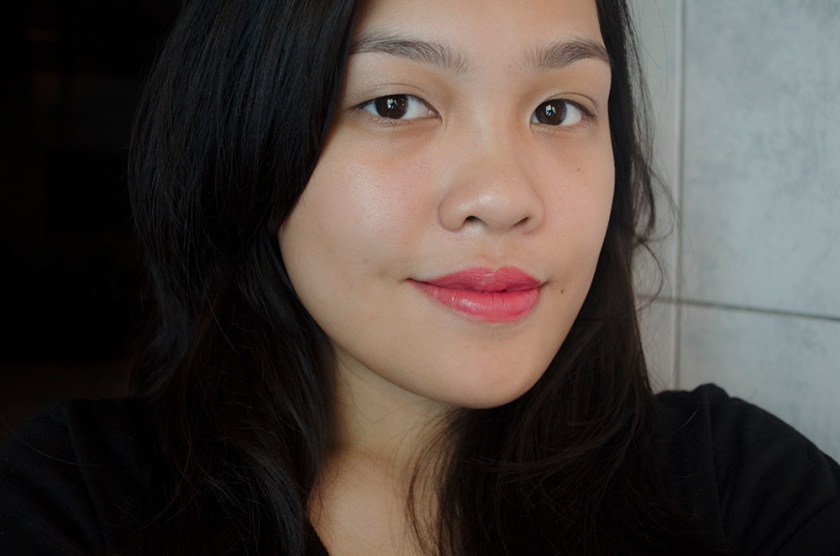 I used all of the shades (back when I had longer hair!) and to be honest, in natural lighting, it doesn’t look like much of a difference. It’s definitely a subtly palette, which is why I don’t think that people with deeper skin tones can use this.

I felt like I was misrepresenting this palette (lol), so I made a new look today, using some of the shades in the palette (I didn’t use Sandstone and Sheepskin) in this look: 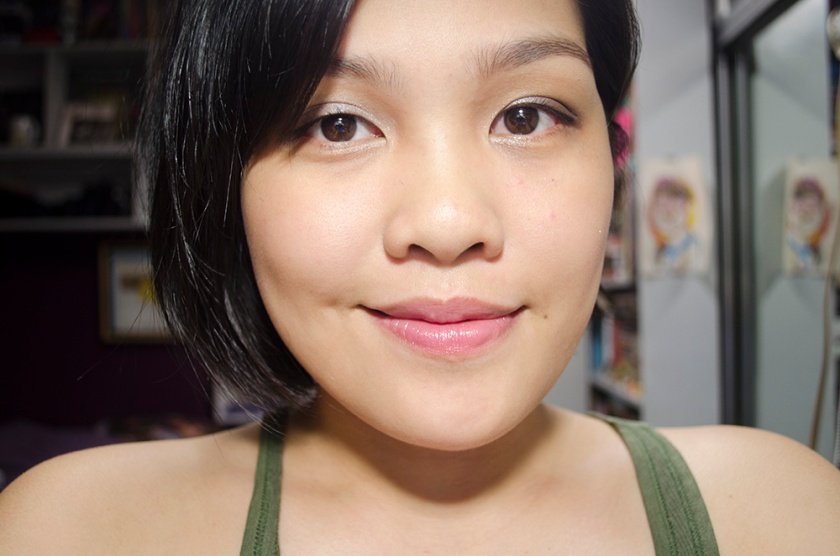 I think it gives a healthy glow and a super subtle contour. From afar, the highlight is really pretty and natural-looking. 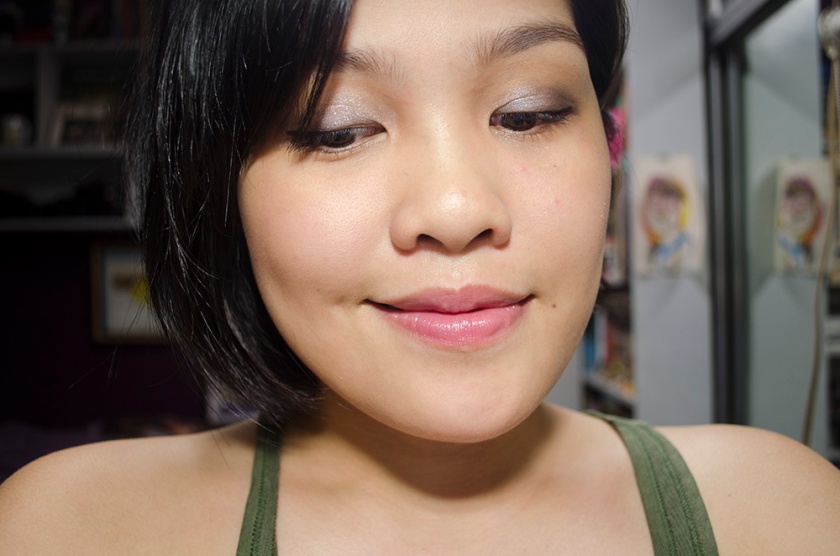 The sparkles are much more obvious up close:

I used the NYX Jumbo Eye Pencil in Pacific on my lids. It’s a cool blue color, and I have no idea why I have it/why I used it, but I think it turned out to be a pretty look. Pink Champagne was patted all over the inner 2/3 of the lid, and I used Addiction e/s in Truffle on the outer 1/3 to anchor everything down and a bit of Le Métier de Beauté e/s in Tamarack to blend out the harsh edges by the crease.

For the eyeliner I used the Kate Super Sharp Liner in BK-1, which I got for a 2-for-1 deal, and for mascara, I used the Max Factor Masterpiece Max Mascara* which is a pretty natural mascara for definition. The formula’s pretty dry, so there wasn’t much buildage of volume.

I didn’t think much of this palette at first (honestly, I think glitter still scares me, deep down), but I am putting it in rotation so I can play with it some more! Thank you to Klarisse for being awesome and thinking of me. 🙂