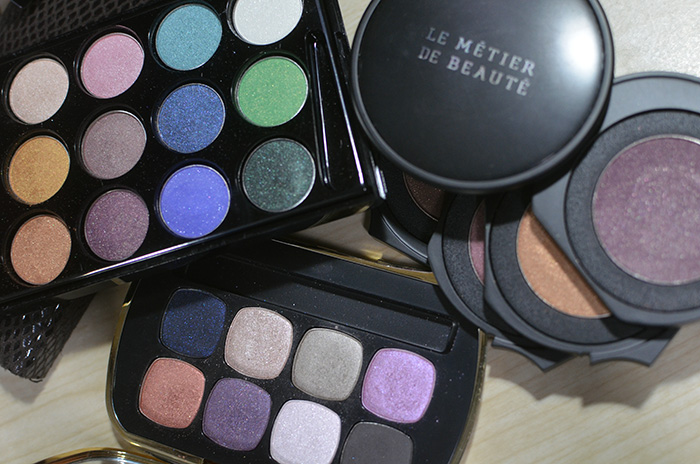 Hey, everyone! Just a quick beauty~ update here, as we approach the end of the first month of the year. I don’t really “check in” and update very often when it comes to my makeup affairs—I just post looks and reviews and stuff and not a lot of “thinky” reflective things—but I’ve been having a hard time sticking to my resolutions and have been breaking a few of them. Yes, this early!

Anyway, I got to the bottom of things, of this mysterious situation I’m in that should really have been something I figured out right away because it’s so damn obvious: I’m a compulsive beauty shopper.

It manifests itself more when I am stressed and/or bored and this January has been a volatile mix of both. I’ve been preparing for a show (February 8!) and also wrapping up some pending projects from last year. Basically everything I needed to do needed to have been done in January and I consoled myself with teh pretties because I can’t find the time to unwind in a healthy manner. I’ve seriously been sleeping at 5 a.m. on average, daily, and waking up at around 9 to work some more. Anyway. The shinies. I made myself vulnerable to them. The NARS Spring 2014 collections did me in real good, for example, like I’ve mentioned.

Also, though, I’ve noticed that quite a bit of my purchases were old lemmings like the NARS Duo in Charade and a few Rouge Bunny Rouge eyeshadows that I finally decided to buy after holding off buying them for so long.

This is a dangerous game I’ve been playing, but honestly, it gives me a tiny (sometimes quite substantial) sense of satisfaction when I click that ‘check-out’ button and await my parcels. Oh dear.

In any case, I’m going to have a lot of content in the near future. I think I’m slowly accepting the fact that I do like having quite a bit of makeup, by which I just mean that I like playing with color and texture and having options and posting stuff on this blog like, “SEE? LOOK. LOOK HOW PRETTY.” And, in the grand scheme of things, that’s okay. I don’t want to make myself hate makeup. Or hate myself for liking it.

Makeup Monster actually brought this up recently in a post, and the comments were a mixture of responses. Whatever, I know I sound like Jekyll & Hyde, but there it is. I’m okay with buying makeup. It’s okay to indulge sometimes. You can’t hate yourself for not being able to say ‘no’ to a freaking lipstick, man. Life’s too short to beat yourself up for splurging on something pretty, especially if you don’t really harm anyone by going into debt for it or you know, not even using the item and just hoarding everything you can get your hands on. I mean, it is what it is.

Part of me is disappointed that I couldn’t say ‘no’ to some of the stuff I bought, but part of me understands why I bought them. I realized that the times I feel really bad about makeup is when other people eye my stash and I can see the outpouring of silent judgment. And honestly? I don’t want to give a crap about that anymore.

How has your year been so far, in terms of your Makeup Goals? I’d love to know! I will check in with you guys at the end of the month, and probably revise a couple of things. We’ll see.