Surprise! So it turns out I was going to be getting this subscription box, lol. Le Métier de Beauté opened their subs up again and sneaky Sarie got one for me as an early birthday present. UM. AWESOME? Because it was a late subscription, I got the September box first. Here’s what I got! 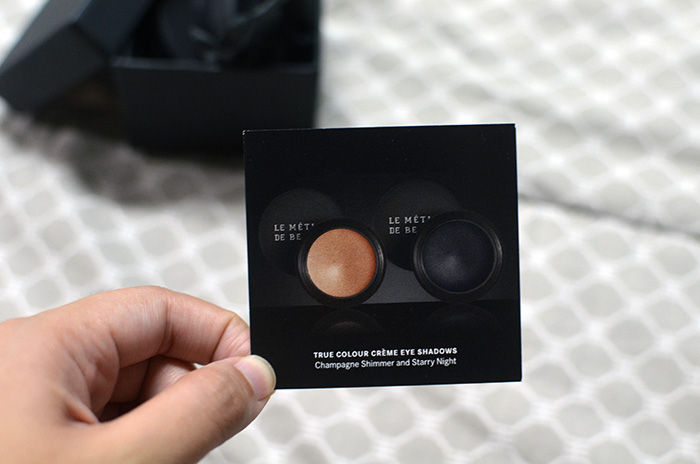 According to the card it came with, True Colour Crème Eye Shadows are “long-wearing, waterproof and resistant to settling into creases. This hydrating, smooth-as-silk formula is incredibly easy to apply and even easier to admire.” 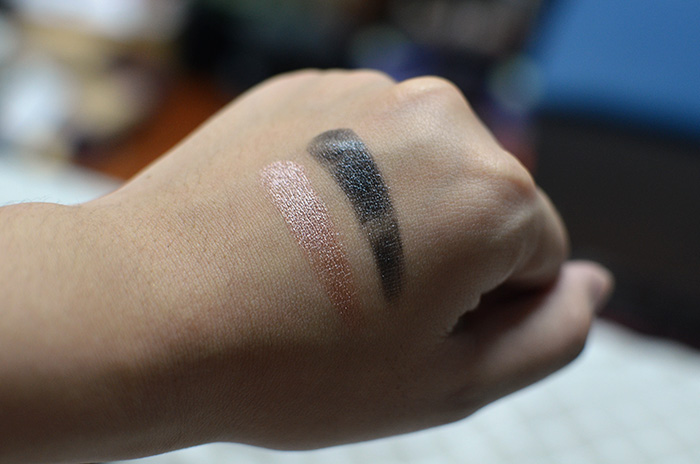 Champagne Shimmer: “Use as a hydrating, all-over radiance-enhancing highlighter. Beautiful under the eyebrow, over the cheeks, as well as on the eyelid. Can be used as an eye shadow primer.”

Starry Night: “Create a mysterious starry night effect with this smokey crème shadow by applying a thin coat over daytime eye shadows. Perfect for transitioning an afternoon look into an exciting evening visage. Can also be used as a smoky base before layering powder shadows over top.”

These are pretty over-reaching claims, for these products. Because I am nosy, I’ve looked at reviews of these online and these did not receive good feedback. From anyone. Yikes. A lot of the eBay listings for LMdB are actually of these shadows.

Obviously, I was determined to make it work, but since I have oily eyelids to begin with, the odds were pretty much against me. I first applied these without primer on one eye, and with UDPP on the other eye.

This is how my primed eye turned out about an hour and a half later:

These are light layers alone. Determined to find a way to make this work, I tried a couple of other methods.

I applied the crème shadows over top of this mess and added a powder shadow over each, noting that Champagne Shimmer topped with Rouge Bunny Rouge Solstice Halcyon performed even better than Starry Night topped with NARS Night Clubbing, which I applied over the eyelid that had primer.

Creasing on Starry Night started as soon as 10 minutes, though you can tell from my initial swatches that Starry Night has more slip (almost looks like grease) to begin with. Starry Night wasn’t advertised as a primer replacement, however, but I think it’s a pretty normal thing to expect from a product advertised as long-wearing and crease-proof.

Some people on Make Up Talk reached out to LMdB’s customer service, because these performed so poorly, and here is the series of emails they received:

“We have reached out to our Director of Color, Mikey Castillo, and are waiting to hear back. We will get you deeper usage information on the shadows. Mikey is a huge fan of the formulation and thought it was a unique point of difference for our line. Lets give him a chance to win you back!

XO LMdB
PS. Thank you so much for the note – we LOVE feedback.”

The next email reads:

“To answer your question, the Cream Shadows are fashion items, and they’re meant to be a little slick to give the eyes a dewy, sexy, and imperfect appearance. The product should be used very lightly, only in tiny amounts. The softest touch over or under powder shadows add mystery to the eye. They are not meant to be used in the crease of the eye (where oil penetrates too quickly), or in the inner membrane, or in substantial amounts. However, the look is meant to be slightly undone. For more long wearing looks, we use the Dualistic Eye Pencil as base, or applied over shadow. These pencils come in basic black(Noir), matte brown(Sequoia), shimmering bronze(Tamarack), and beige(Champagne). The Dualistic formula is more durable for real life, the pots are meant for fashion and fun.

All the best, LMdB”

To summarize:
— this is intentional
— this messy, “undone” look is for fashion & fun, and not for practical usage (?)

I don’t have a problem with that, if it was aligned with their product description. Shortly after this box’s release, these products (which were early releases) launched exclusively on Saks.com at $28 each. If they had advertised it as they had explained in the email, and not as long-wearing, crease-proof items, I don’t think people would have been as upset.

Used in the way they advised in the email, the colors do actually perform better: 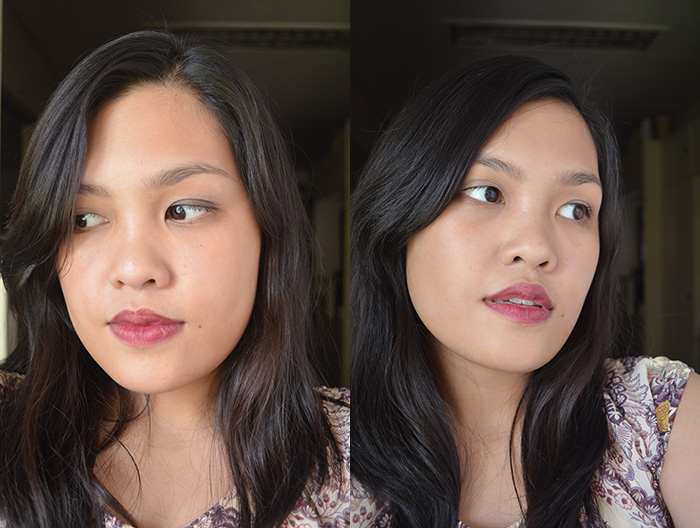 On the left, I patted Starry Night lightly over my eyeshadow and it gives such a beautiful, easy day-to-night look. It’s OK if you’re not worried about creasing. The pots are small enough to bring along, too, if you want to retouch. On both photos, I wore Champagne Shimmer as a cheek highlight, and look at how gorgeous a glow it gives.

Still, the product description is misleading.

I still have my hopes up for the subsequent mailings! I am currently waiting on my August box, which ships with my October box. If all goes well, I’ll have them by the second or third week of October. I can’t wait!

Signing off with a cute, personalized card from the Le Métier de Beauté team: 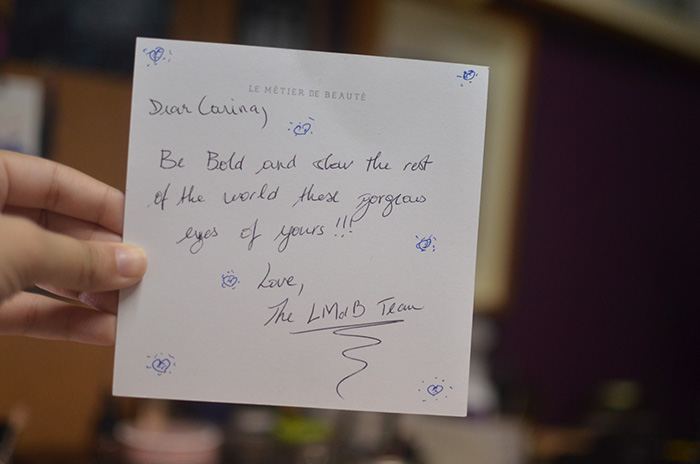 The LMdB Beauty Vault VIP Subscriptions open up again next year, around July. These are wonderful products, though it’s a little risky to blindly pay $29/month for an entire year up front. So far, the first three mailings have already off-set the initial investment. The downside is that sometimes you may receive something you don’t really like.