This is one of the last dregs of my Addiction “haul” (eee, bad word) from last month. It’s a pretty neutral eyeshadow called Sandbar. The website says that it has a “pearl finish,” but like Belly mentioned in this post, Addiction’s pearl finish eyeshadows have the most inconsistent textures. 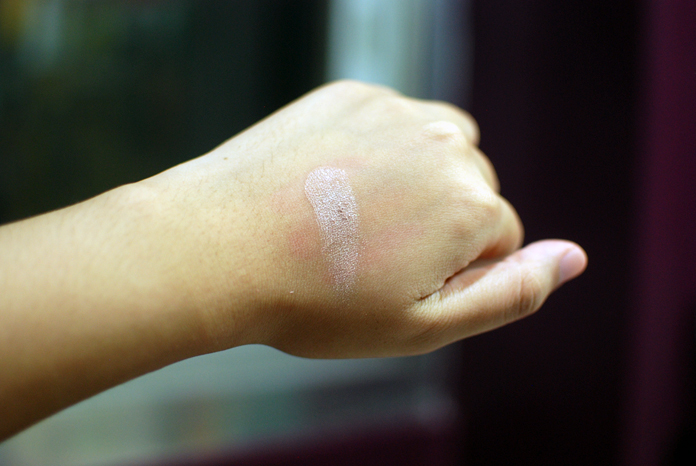 It’s a beautiful pale pinky peach shade that translates more neutral on my skin tone. It’s rather pretty, though quite understated, but it’s the kind of shade that you can throw on your eyes, add a bit of liner or mascara and then leave the house.

It really does have a beautiful pearly sheen to it, unlike Deep Forest which is also described as a pearl but seems mostly gritty to me.

I have one more single eyeshadow in my stash, which I’m reviewing later this week. I really want more because these are amazingly textured, though the steep price really shows the cost of quality.

Still, if you’re on the look-out for a one-shadow neutral color, I’d suggest getting Sandbar, or even Fudge, which has an even better buttery texture. I reviewed Fudge here, in case you want to check it out.

Addiction by Ayako is owned by Kosé, which tests on animals.