I have a love/hate relationship with hauls. On the one hand, I really, really like being nosy and looking at what other people bought. On the other hand, I’m kind of iffy about sharing what I bought. In this case, though, I’m super excited!

This is also my way of trying to inject “style” back into this blog. I have a very basic “style,” if you could even call it that. I mean, I really try, but it can be a little off. I’ve gained a bit of weight in the past two years and I’m not really used to my body being this big. But that’s not even the point of this post, because I only bought 1 piece of clothing. So, LOL. Enough about that!

Of a Kind was formed in NYC by two ladies, and they basically release “editions” of items that they invite designers of all kinds to create for Of a Kind. There are x “of a kind” of each item, so they are all limited edition, technically. I forgot how I came across them—I think it might be through Tumblr—but I fell in love. And I fell hard!

My wallet, on the other hand, is not so enamored. I like to wait for sales to get the stuff I’ve been eyeing for months on end. This is risky because the nice things I sometimes like run out so quickly. However, they still have a lot of beautiful editions for sale-waiters like me.

Recently, they held a 30% off 4th of July sale, and I grabbed some things I wanted to get. 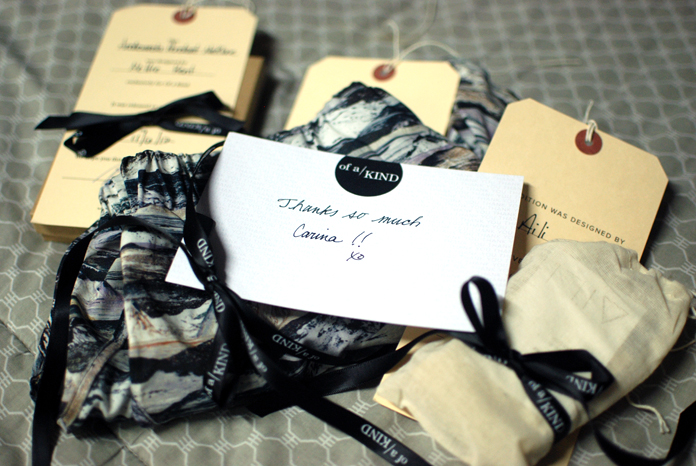 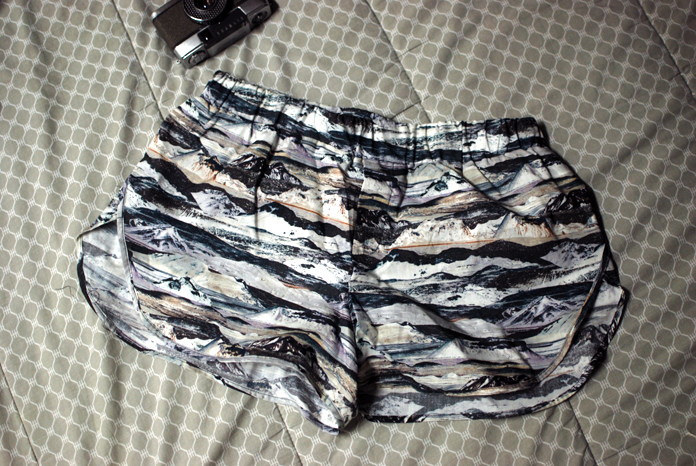 I originally wanted the Mountain Camo Shorts by Atelier Delphine, but those sold out super quickly. Luckily, this was posted near the announcement of the sale time, so I jumped on it. Just as well as I’m partial to blues and navies anyway. Here’s a closeup of the beautiful print: 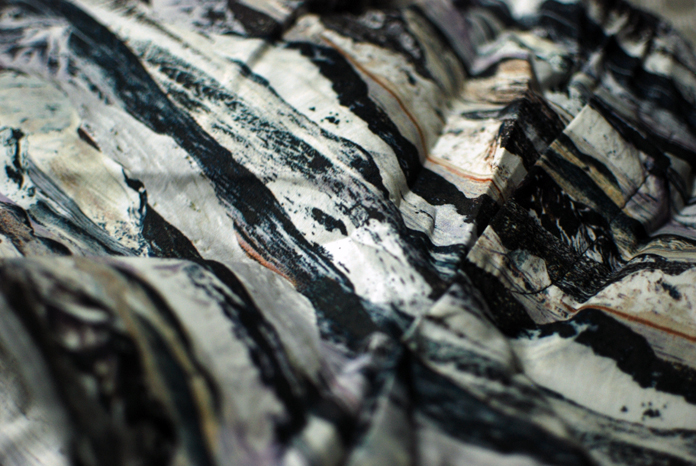 You can still purchase the Icelandic Vacation Shorts in Extra-Small. 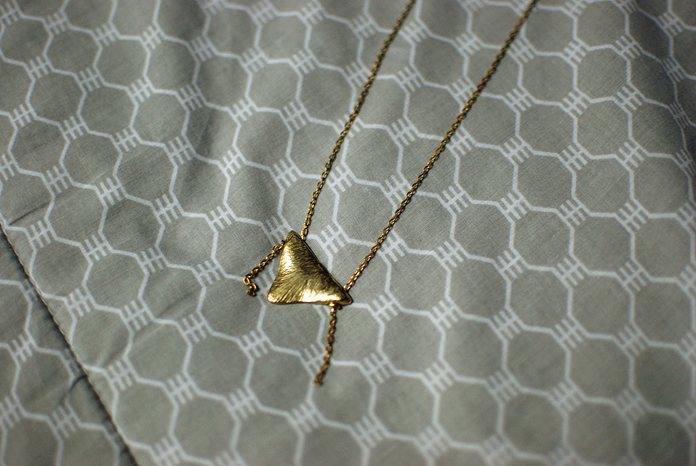 The Andromeda Necklace by Nettie Kent was inspired by the myth of Andromeda, and fashioned after shark’s teeth. AWESOME. I can’t wait to wear this out. The only downside to it is that it’s made of brass and is prone to smelling brassy~ when I wear it out. I still love it tons, though. 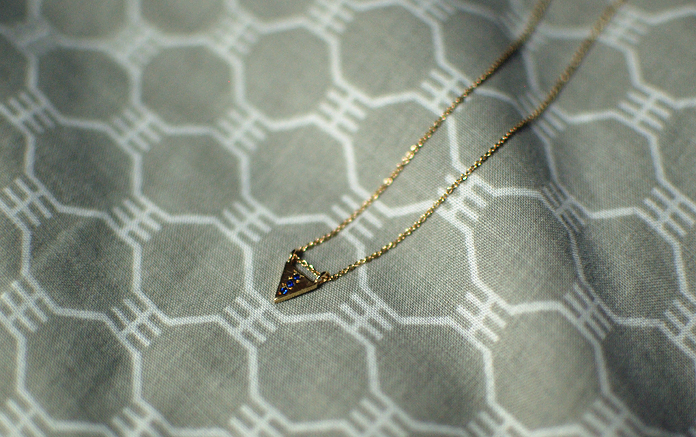 The Lucky Number 3 Necklace in Sapphire is the second incarnation of this design; the first one being set with different stones. This is unbelievably dainty and small. I was surprised by how small it was. It is simple, yet beautiful; it’s also a little steep. It’s made of sapphires and gold, though, so I suppose that’s why! My brain kind of latched on getting it because my birthstone is Sapphire (for September). 🙂

Once I read that it’s made of sapphires, it felt like it was made for me. Of course, it isn’t, but I like having something special to wear that feels a little bit like it was tailored for me.

And zat is my haul. I’m a little (just a little!) broke right now, but I don’t mind paying more for “artisanal” things or jewelry. Most of the jewelry I usually wear, I either bought from Of a Kind or discovered through them, because they feature such lovely designers. Since discovering them, I have purchased a necklace by BRVTVS, a bangle from Wanderluster, and two rings from Silva/Bradshaw.

I know I don’t really bring in my personal life~ on here (though I do talk about it quite a bit on my personal blog), but I’ve been working on a few projects that I hope to somehow share on here. Maybe?

Do you have a favorite piece of jewelry? Do you prefer costume jewelry, or do you like just having key pieces? How do you decide what to get for yourself? Let me know! I am genuinely curious. 🙂