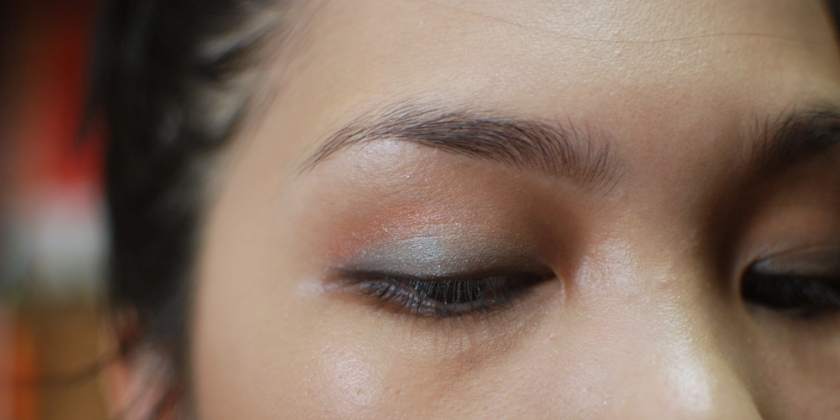 In this edition of Made-Up History, I’ll be talking about someone who is very dear to my heart. Jean-Michel Basquiat is my favorite artist. It’s really hard to pick one, but if I had to, it would be Basquiat.

He started out as a street artist and he would tag his work (then, a collaborative venture with friend Al Diaz) with “SAMO,” which is a hypocoristic name for “Same Old Shit.” The Village Voice published a piece on some of their works.

He graduated from street art and graffiti by 1979 and by 1980, he started showing some pieces in group shows. In 1981, a piece by Rene Ricard called “The Radiant Child” was published in Artforum Magazine, which brought him to the attention of the art scene.

His works were provocative, a commentary on consumerism, popular culture, and cultural politics, and his style was a new take on primitivism. There were a lot of emerging modern artists in New York during this time, and he was one of the ones who shot up to dizzying fame.

Jean-Michel Basquiat died of a drug overdose at the peak of his fame in August 1988, about a month and a half before I was born. He was 27 years old.

There are far too many things I can say about Basquiat, which I will maybe do at another time and in another place. What I do know is that Basquiat retrospective I saw at the Brooklyn Museum in 2005 changed my life.

The work I picked to “recreate” is called Cassius Clay, and Basquiat made it in 1982, which is pretty early in his career. Cassius Clay is the real name of The People’s Champion, boxer Muhammad Ali. 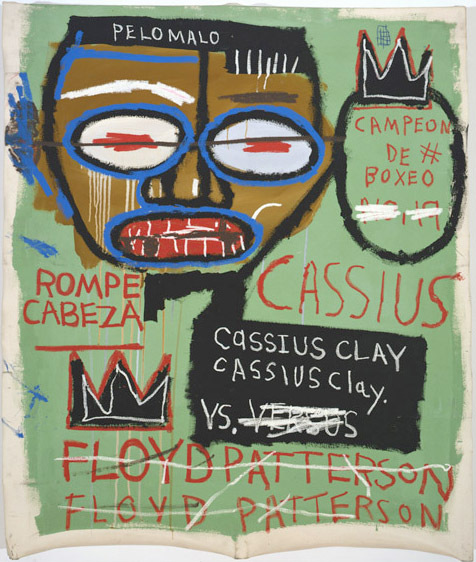 This piece isn’t one of the ones that I’ve come to know and love. Most of Basquiat’s work involve a lot of color, so I wanted to pick one that had just a few focal points but was something I was very attracted to. This is perfect because it had like a minty pistachio color, which I wanted to do for my eyes. 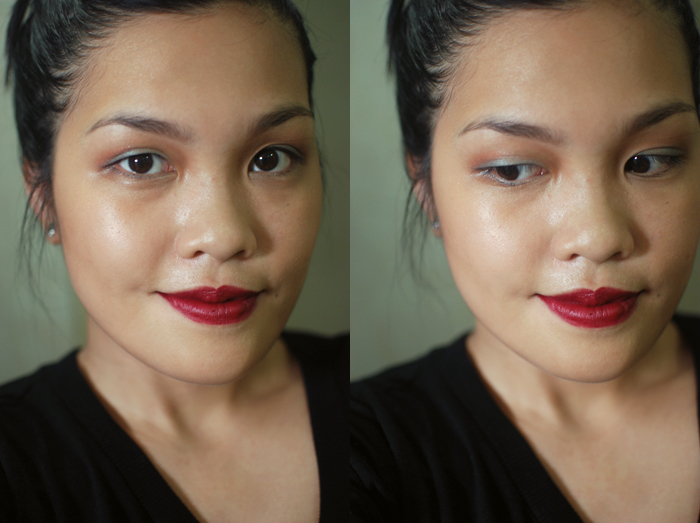 So, this is what I came up with! I wish my lid space was a bit larger so I can really make a big, minty statement, just like Cassius Clay and its background. 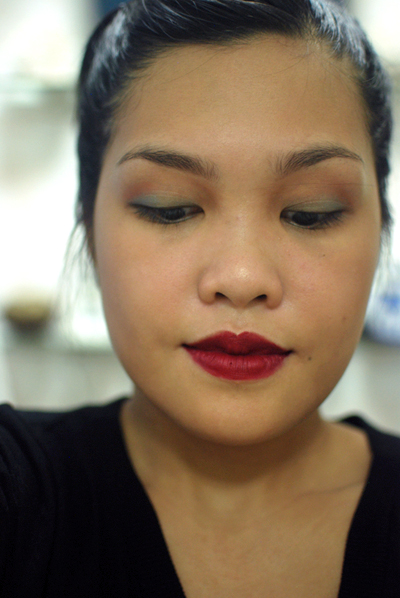 Then, I did some light contouring and highlighting, topped off with a bold deep red lip. It’s pretty simple, though perhaps bolder than I would normally wear out. 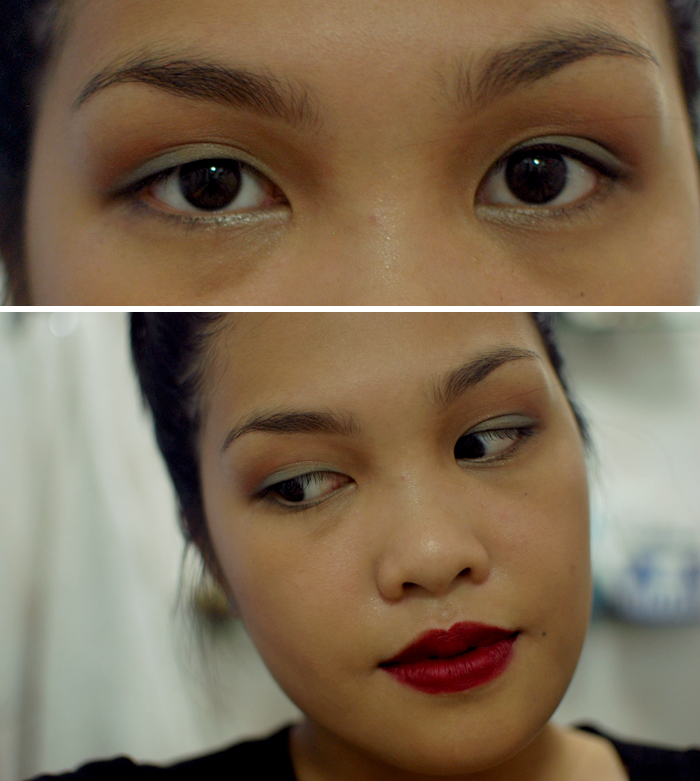 (It was very hard to take these pictures because it was so hot today, I kept having to wipe beads of sweat off of my face every two minutes.)

What do you think? Who is your favorite artist and why?

Please also let me know if there is anybody you like that I should maybe feature on Made-Up History. If you’re new to my blog, Made-Up History is a series I started early on where I take a work of art and try to transform it into a (mostly) wearable look. You can see the rest of the series here.

Addiction by Ayako actually just released Basquiat-centric eye palettes, and I asked my sister’s friend to pick a few up for me pre-Makeup No Buy, but I don’t know if she was able to since she’s busy working. (Which I should be, hehe.) In any case, here’s the link in case any of you want to take a look at the beautiful collection.

If you want to know more about Basquiat, Julian Schnabel made a biopic called Basquiat. Tamra Davis also made a film called Jean-Michel Basquiat: The Radiant Child in 2009.