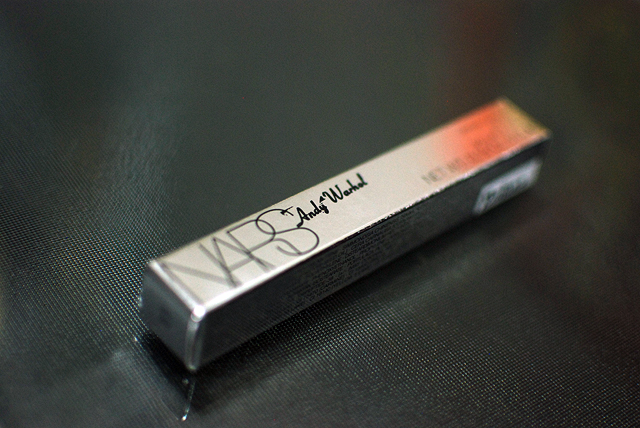 So I’ve come to the end (as of now) of my Holiday 2012 Haul. This is the last product from the new holiday releases that I managed to get. I’ve purchased some items after this one, but I don’t think I got anything from the other holiday releases anymore. (Yet. Hehe.)

Outrageously lustrous color meets high-impact shine. Dramatic, stay-in-place shades glide on smoothly and evenly for lips that are more luminous and voluminous than ever before.

I think it’s a different formula from their normal (?) glosses, but I’m not entirely sure. Anyway, I do love the formulation, especially coming from a place where I detested glosses. It’s a little weird that I ended up getting a gloss (!) from the whole Andy Warhol collection, only because I don’t really like them. (Now, I do.) 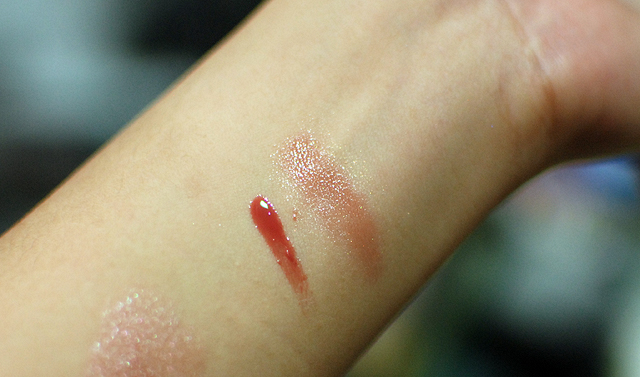 Wear is decent, about two to three hours, which I think is typical of glosses. I gravitated towards this shade because it’s the least shimmery and the most subdued. I swatched the other glosses from the collection when I went to the counter:

I think all of the shades are named after stars in Andy Warhol films. 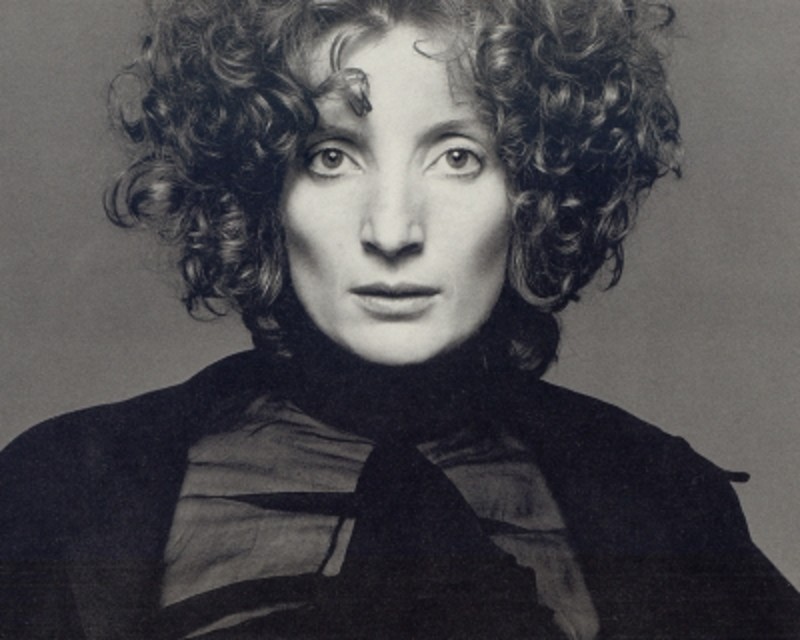 “[Viva] had a face that was so striking you had the choice of whether to call her beautiful or ugly. I happened to love the way she looked, and I was impressed with all the references she kept dropping to literature and politics… She talked constantly, and it was the most tiresome voice I’d ever heard – it was incredible to me that one woman’s voice could convey so much tedium.” (POP, source)

Viva has a pretty sheen to it, in addition to the fairly pigmented color, a combination which turns out quite lovely on the lips. NARS describes it as a Rich Rose. It’s a tad brighter and fresher than old rose, with a hint of brown. I love how you can wear it for both day and night, and the shade is neutral enough to layer over or under other shades. 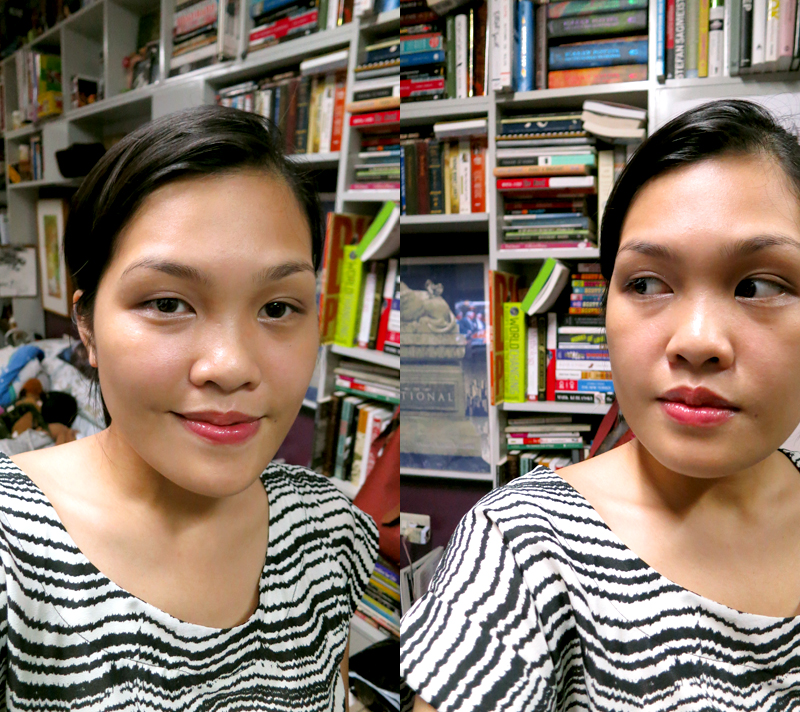 Here it is with my whole face. Say hello to my other collection—books!

The formulation is quite sticky, but I like that it is smooth and not gritty, due to it not being glittery. Stray strands of hair may stick to the lips but they don’t smear the gloss all over your face when you try to brush the strands away.

It also doesn’t feel heavy on the lips, and is comfortable to wear. Wasn’t drying either, and didn’t leave a gunky, gummy residue after the color has faded away. 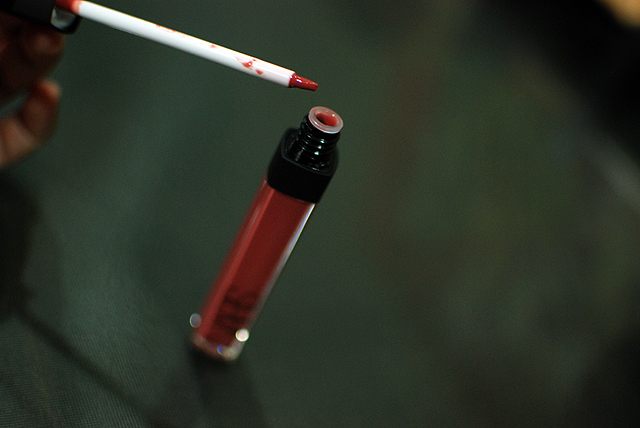 The tube is squared off, with a pretty, rubberized wand handle, which is a signature for NARS packaging. I love that it’s so sleek. I would have liked Andy Warhol’s signature to be plastered on the outside, much like how they did their box, but that’s just a preference: 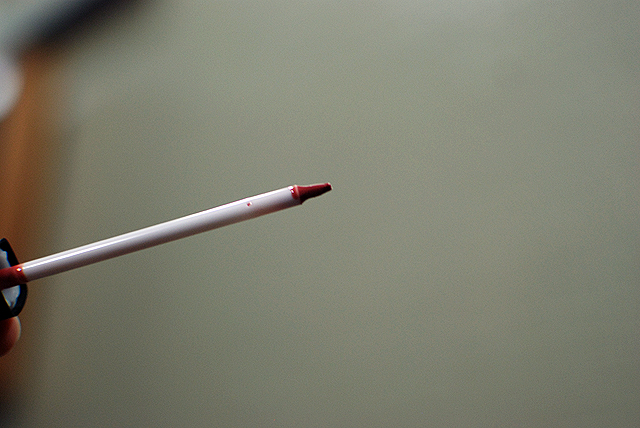 Now, onto the controversial part: the brush applicator.

I never owned a NARS gloss before, but to my knowledge, they switched the brushes and released subsequent glosses with this “precision-tip brush” which is quite small with bristles. It’s meant to deliver an accurate application, being able to reach each and every nook and cranny of your lips. However, all of the reviews I’ve read absolutely detested the brush. It makes the gloss apply streaky and it apparently takes longer to do so.

In my personal, amateur opinion, the brush is well, great. But that’s just me. I really did not have a problem with it. I had more of a problem with the doe-tip applicator on my Guerlain Rouge G L’Extrait. So, to conclude: I’m quite a fan of the NARS Larger Than Life Lipgloss applicator.

VERDICT: Neutral non-shimmery rose color great for day and night. Made a lipgloss-lover out of me!
Would you purchase again? Yes! I would also love to get my hands on Penny Arcade.
How much? Php 1,450 or $26 for 0.19 fl. oz.
Where to get it in Manila? NARS counters in Rustan’s department stores.