Made-Up History (get it?) will be a series of translations of art (for now) onto makeup. It merges two growing loves, one old and one new, which is why I have resolved to do it. In the process, I hope to get better at both, but I guess this really works out my makeup muscle more.

Today, I chose to do Sandro Botticelli’s The Birth of Venus or “Nascita di Venere,” which is a very famous painting. We saw this in the Uffizi Gallery in Florence, Italy about two months ago, and I was completely enamored by it. 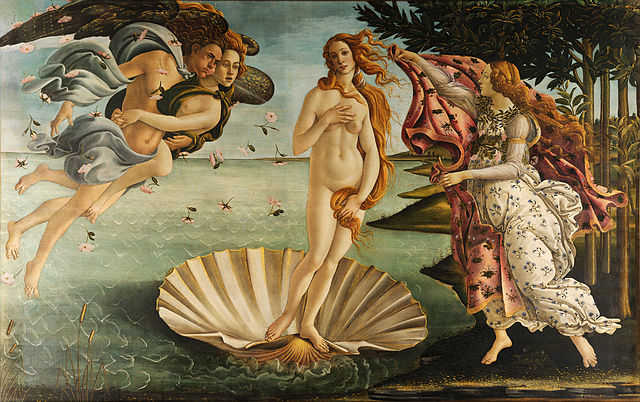 The Birth of Venus presents a scene—the goddess of love stepping ashore on a shell—and is the sort of story that unfurls the more you look at it. In the 1350s, Christianity was prevalent in places like Florence. In Siena, war was attributed to the town’s reverence for a statue of Venus, a sort of idolatry that someone warned was forbidden by their faith. This followed the destruction of the Sienese statue, as Venus was then regarded as “the incarnation of sinful lust and depravity,” instead of what she originally stood for—love and divine beauty.

After “an iconoclastic fury” swept over Florence in the 1490s, things that distracted the peoples from God, like paintings, were encouraged by a friar named Girolamo Savonarola to be burned.

This is one of the works that survived. It was created around 1485-1486, during the Renaissance, which brought about a revival of Classical values after the tired conventions during the Middle Ages. The Birth of Venus is considered to be one of Florence’s great treasures as well. Made of tempera, this masterpiece by Botticelli has a beautiful golden glow, still bright centuries after its creation.

All the historical, mythological, religious, and artistic layers that reside in this painting are far too many to talk about. But, what Botticelli painted was the Italian Renaissance ideal—voluptuous, light-haired, and fair-skinned. There is an emphasis on femininity, in terms of the shapes he has created and the colors he used. The painting also seems to exist in waves of movement: from Venus’ hair, to Zephyrus and Chloris, to the waves of the sea, to the draped robes. 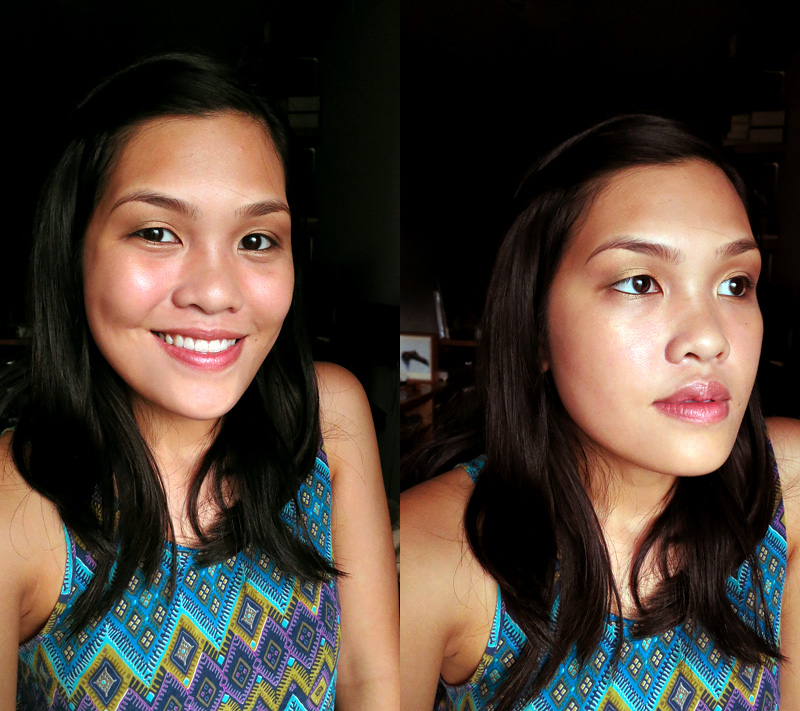 The softness and femininity “inspired” this look. It’s a no makeup makeup look, where bursts of color still appear but the golden glow reigns supreme. Here’s what I used:

Ze eyes under indoor fluorescent light. Now that I think about it, I think I should have used a warmer liner like brown. I didn’t curl my lashes anymore because it would feel too made up.

What do you think? 🙂

Taken by Paulina Paige, who I sorely miss.

I enlisted the help of Patrick de Rynck (“How to Read a Painting: Lessons from the Old Masters”), and Rose-Marie and Rainer Hagen (“What Great Paintings Say: From the Bayeux Tapestry to Diego Rivera — Volume I”) for the smerts in this post.