Made-Up History (get it?) will be a series of translations of art (for now) onto makeup. It merges two growing loves, one old and one new, which is why I have resolved to do it. In the process, I hope to get better at both, but I guess this really works out my makeup muscle more.

This is the first installment, for which I have decided to use Eugène Delacroix’s Liberty Leading the People, or as they say call it in France, “La Liberté guidant le peuple.”

“And if I haven’t fought for my country at least I’ll paint for her.” — Eugene Delacroix

Liberty Leading the People is arguably Delacroix’s most famous work. You have probably seen it on a Coldplay album cover, or in the Louvre if you’ve gone there at some point in your life. It depicts the “July Revolution” of 1830, during which the people of France overthrew Charles X, who had been in power at the time. Delacroix chose to personify Liberty as a woman of the people—robust, bold, fearless, and well, kind of brazen, but in a totally bad-ass way.

I wanted to try translating this work because of its neutral palette, with the exception of a few hints of red and blue. It is also one of my favorite older pieces, because of the colors, its overall aesthetic, the composition, and also because of what it stands for. It’s a very romantic image, relying on the profusion of emotion over accurate narrative. 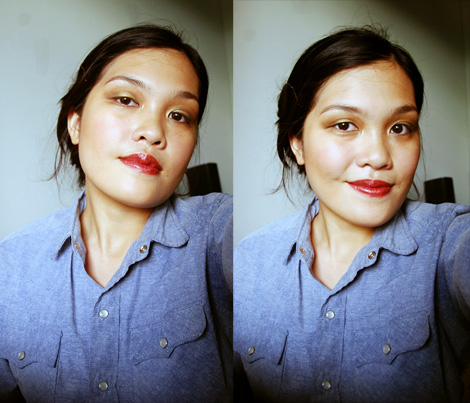 I wish I could have made it warmer and bluer, but I wanted to incorporate a bit of blue in the eye makeup. What happened instead was I got a sort of hazy, patchy gradient of blues, greens, and yellow-browns on my lids. I used a muted blue to line my eyes, and a strong red lip to stand out, like the red on the French flag. There’s a tiny, tiny bit of contouring with the bronzer, to keep my face warm, and a hint of peach-pink flush—like Liberty’s, though not as pervasive on my face as it is on hers. After all, I’m not out to win any revolutions or anything like that, after all.

I think it’s an okay attempt, but I want to get better at it, of course.

And, just for kicks, the first, failed attempt: 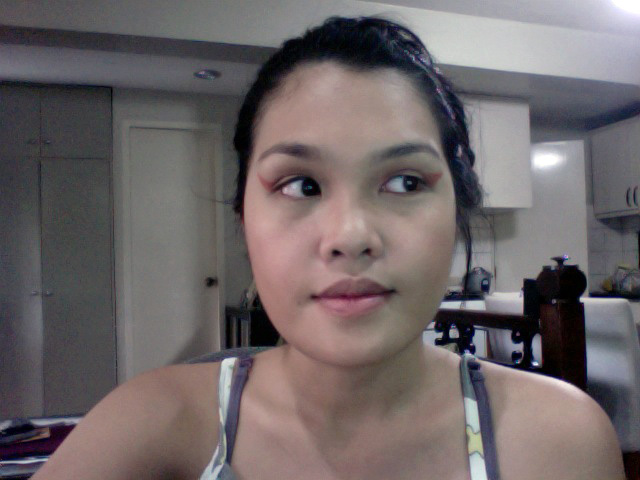 This is what I started with, aka not Liberté at all. I’m so glad I decided to start over before it went further than those pointy red things on my eyes. Seriously, what was I thinking?